The Secret To Not Losing Money In Note Investing 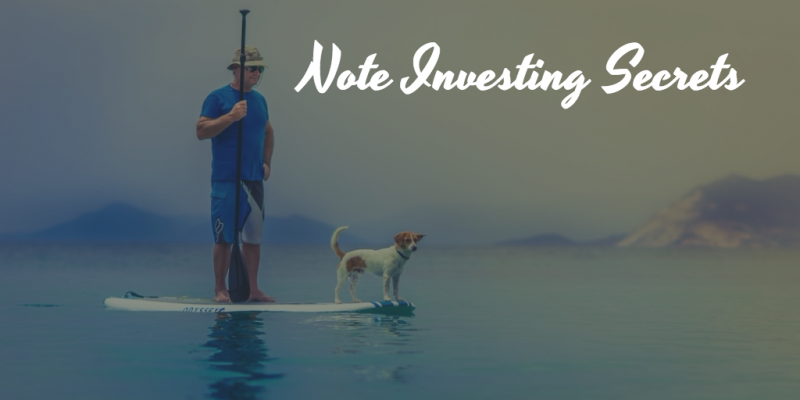 “Have you ever lost money buying notes?”

My son asked me this when I was nattering on about some of our note deals, since I know that he – as a young man with a nice-sized 401(k) and plenty of time on his side – could profit by investing some amount into notes.

My answer was no, we’ve never lost money buying notes — so far. People who are new to note investing will want to ask the same question, and it’s definitely worth asking.

I’ve heard of people who have lost money on specific notes when they’ve bought a group of notes (called a pool), and one or another of these assets turns out to be worthless, but usually the note seller takes this into account and gives it away or makes some kind of deal to make it right to the buyer.

In another case, one note investor seemingly lost his whole investment when the empty house that secured his note value went up in smoke. As it happens, he had forgotten to get insurance, but his note servicer had not. They had put ‘force place’ insurance on his account, and he was reimbursed for the value of the asset. Yes – it’s important to get a note servicer that automatically places force place insurance on your non performing notes or where there’s an absence of a policy in place.

Due diligence is key when it comes to preserving capital. We won’t buy assets when the title to the property is unclear or the note is missing key documents.

The key to growing the value of a note is to have multiple exit strategies. We look at the best-case scenario and the worst-case scenario, and base our profit projections on that. If things go better and we earn more, then that’s okay too!

Here are some of the reasons why someone might lose money on buying a mortgage note. Each one of these is avoidable or fixable

There are due diligence service companies that can help you review potential assets. While it will cost you something up front, if you’re not experienced in note buying, these can help you get started.

My solution is to work with another note buyer who has more experience so you can learn as you buy. If you work with another more seasoned note buyer on a ‘joint venture’ or other partner agreement, you can piggyback your way into the business more quickly. Plus, most note businesses who partner with you will ‘have your back’ and make you whole if there’s a loss.